The sheer adorableness that exudes this drama is totally beyond and everything I could have expected! If you’re not familiar with the synopsis, here goes: Tang Xiang Xi 《Leroy Yang》 and Wen Zhen Hua 《Lin Yo Wei》 get screwed over by the girl they were dating, in that they were dating the same girl without each other knowing. Incidentally, she gets knocked up, and decides against raising the child; she leaves the two friends to raise the young girl. With me only being 20 episodes in, I’m guessing we’re never going to find out who the real father is, but that’s pretty a-ok with me.

I’m not the biggest fan of dailies, and this one is some whopping 80 episodes long and has already aired like more than half of that quota so far, but personally for someone who can just about manage a twenty episode prime time this is a hell of a lot of watching. For the most part, dailies suck. They suck so bad I have a hard time thinking about them let alone watching, that and I genuinely don’t have time, but ‘2 Fathers‘ has got me. Like I actually enjoy coming home to watch this every night, and if I have the energy I’ll try and sneak an extra two to three episodes in. My under eyes are suffering, but this drama is so~ full of heart and warmth, it really brings a smile to my face 🙂

Each episode is just full of that warm fuzzy feeling, the structure hasn’t fizzled away yet, which is saying something. It’s not simply about learning a lesson per episode, but I can actually see the characters growing, and evolving with every episode. It doesn’t feel like a facade but an honest world where you can relate, and recognize that neighborhood ayi, the lady who owns the bakery, the parents who drop their kids to school. It feels like an authentic world.

The people in this world are genuinely good, but just like the real world they have their issues and arguments with one and other and it all sort of ties in with a sense of verisimilitude. They argue and fight because it’s in the nature of people to do so, it’s an aspect of that person and not the entire personality, I haven’t come across a depiction that has been purely black and white. It’s almost as if, the aspect of raising a child, helps us see the good in people, just like the way children see the good in everything through their innocence, it’s like that innocence has rubbed off on some of the people and made it a better world.

I guess you can argue that there are certain things that fall into place a bit more easily than they might in the real world, but they’re so minuscule, in the bigger picture that I’m willing to let it pass due to the rarity of a daily being this good. 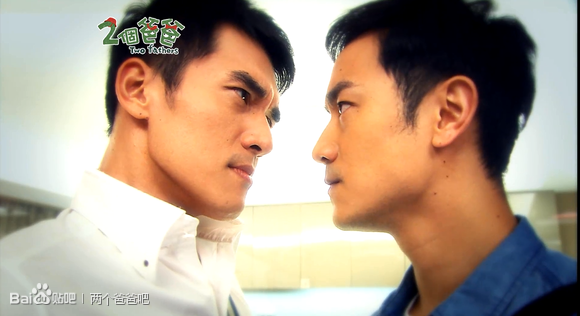 Anyone else ship these two? XD

So who else is in love with these two? 🙂 And I call dibs on Lin Yo Wei!

The relationship and chemistry between Leroy and Yo Wei is so~~~~~~ cute! It’s not even like bromance, it’s like they know each other in and out, like a real couple. Obviously they don’t share any romantic feelings, but they meld so well it’s hard not to ship them. Nevertheless their female co-actress’s are pretty nicely done. Liang Jing is surprisingly good in her quirky character, she has a darker past than the rest and it brings to light that the world isn’t rainbows and butterflies like Wen Di’s. Another surprise came in the form of Megan Lai, who I thought I would never again be able to recover a liking for after the psycho-babble bullshit her character Luo Si Yi in Miss Rose pulled on me. No really someone needed to have shook her from her shoulders and yelled ‘grow a freaking backbone!’ Her character is awesomely written, yes I know that’s not a word, but she is ‘cool’. I swear, she’s got to be the coolest teacher ever. She’s so laid back, but passionate about her job as a teacher she’s inspiring. Her relationship with her brother and father is really something, she’s not the girl of the house, she’s another one of the guys. Poor mom.

Fang Jing Zhu manages to embody that relaxed air about her, that she’s perfectly likable by her peers, students, and friends. Naturally both the guys have a thing for her, Xiang Xi is the loud mouth, who doesn’t realize he’s started liking her and has just friend-zoned her, while Zhen Hua is aware that the other two are much more comfortable around each other, than when he is with Jing Zhu, who sees him as the responsible parent, her polite air around him cuts him off a little. And hence why I love Zhen Hua just a little more. 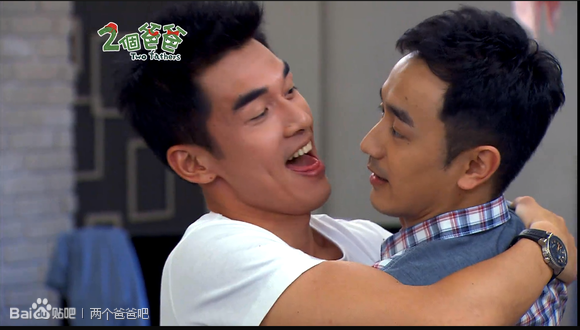 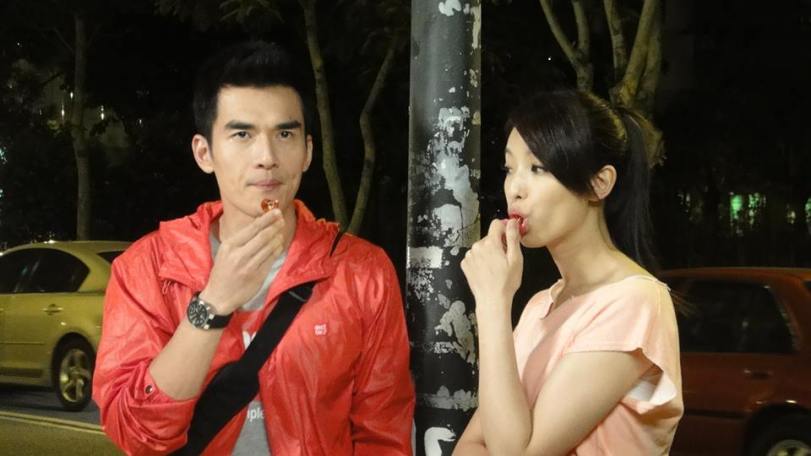 I love~~~~ their non stop bickering!

I think it’s been forever since I’ve taken so much notice of a child actress from Taiwan, last was probably Autumn Concerto‘s Xiao Xiao Bin, and that was a long~ time ago. Le Le is absolutely adorable! She’s so natural, and full of innocence, it’s impossible not to smile at her while she’s talking and asking question after question.

Aww the three musketeers are so cute!

I guess since I’ve only caught up to 20 episodes, there’s a huge ass chance this could down the drain, but let’s just hope not on that one…just visited SETTV‘s page for the drama, preview episode 41 looks scary melo…did I just jinx myself?

Show some love, rant, spazz and anything else in between :D Cancel reply